Brackish Water or Well Water is water that is more salty than potable fresh drinking water, in other words is has a higher salinity concentration levels, but not as much as sea water. The word originally deviate from the Dutch root of “Brak” meaning "salty".

The term “brack” or Brackish was first used to describe bodies of waters that had been mixed with seawater in the 1500s, Brackish Water was not as salty as seawater, yet very distasteful, and was described as harmful water due to its characteristics and to unique microorganisms that caused human illness .

Brackish Water can be found in wells, boreholes, mangrove swamps, inland lakes and seas.  The Caspian Sea which is very famous for the great sturgeons fish (source of the best caviar in the world) is the largest brackish lake in the world with a salinity level of 1.2%, (12,000 PPM) about one third that of normal seawater.  The Baltic Sea is another example of brackish water, the Baltic Sea has the least Saline concentrations in the world with a salt concentration of 0.5% (5000 PPM) compared to the Red Sea and the Persian Gulf both with a salt concentration of about 4.5% (45,000 PPM) 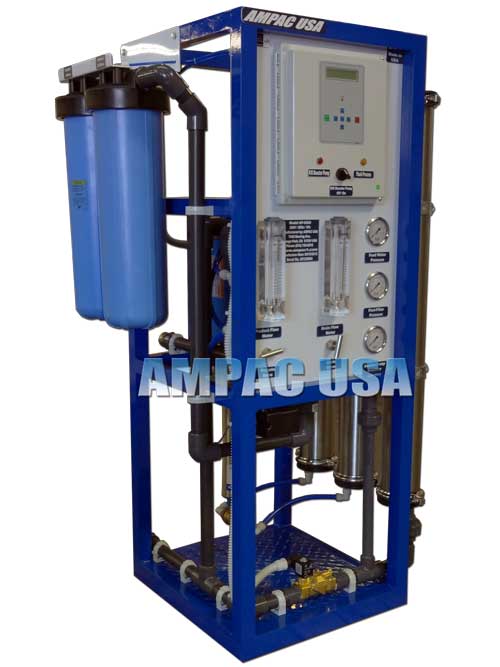 Treat water with a salinity concentration of up to 5,000 PPM 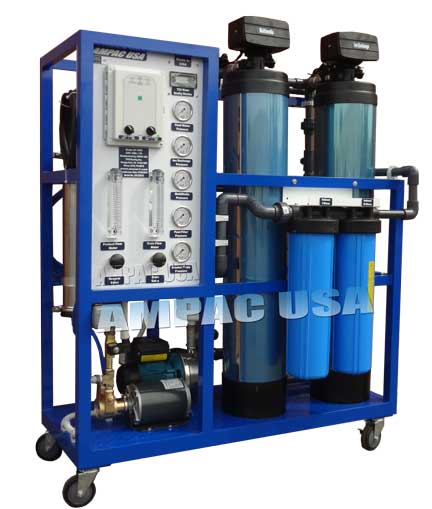 Treat water with a salinity concentration of up to 10,000 PPM 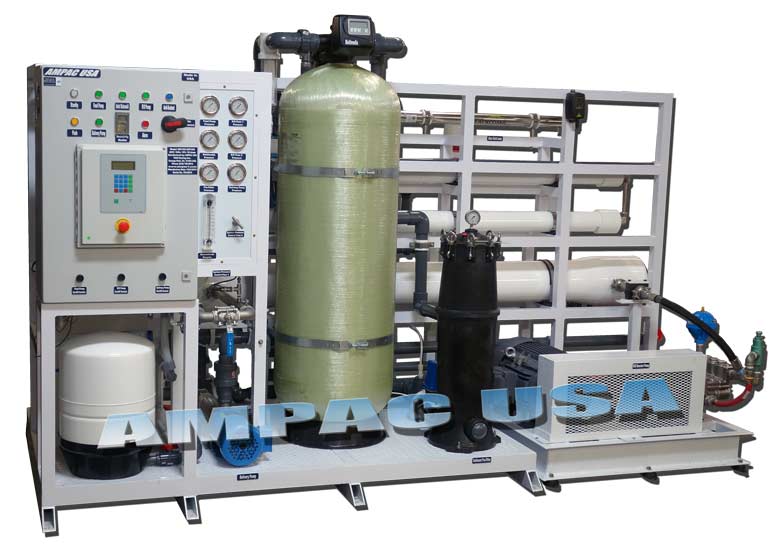 Treat water with a salinity concentration of up to 50,000 PPM

Under sized pre-treatment process may cause a system overload, increasing the plant’s internal parts damage and usage, requiring more service and maintenance which will interrupt normal operations more often, and this will reduce productivity and increase cost.

Under sized pre-treatment will also increase scaling, fouling and plugging of the membrane elements which is the most expensive part of the reverse osmosis process.

We always require an exact water analysis report before we commence the manufacturing process of  a reverse osmosis project in order to design and build a complete and a correct Reverse Osmosis system with its pre-treatment, fully equipped and fully automated specifically designed and engineered for the specifications, conditions and the requirements of the project. 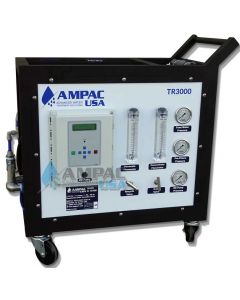 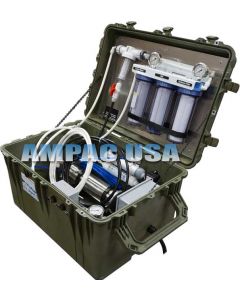 Emergency Portable Reverse Osmosis 500 GPD by AMPAC USA allows you to get pure water in dire situations. The system is customizable. To buy, call 909-548-4900. 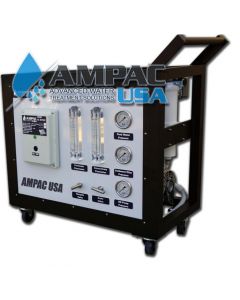 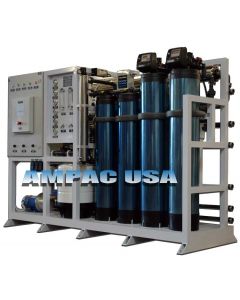 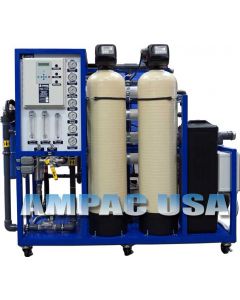 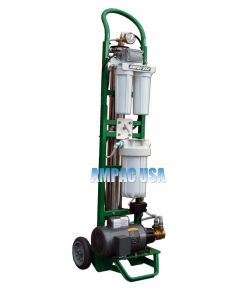 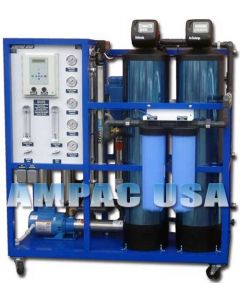 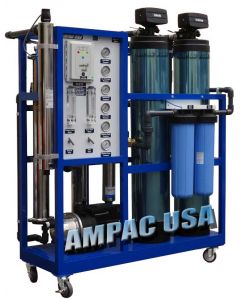 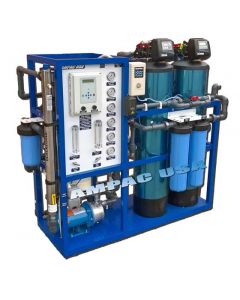